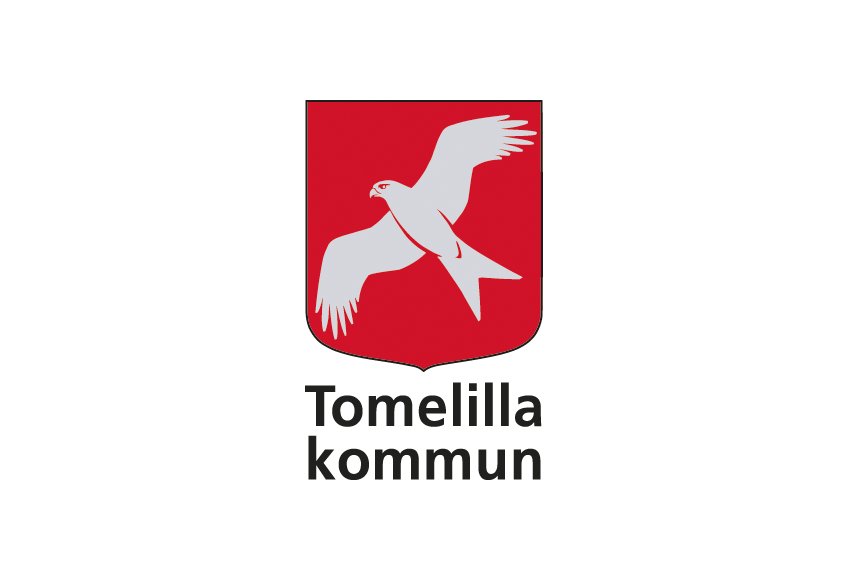 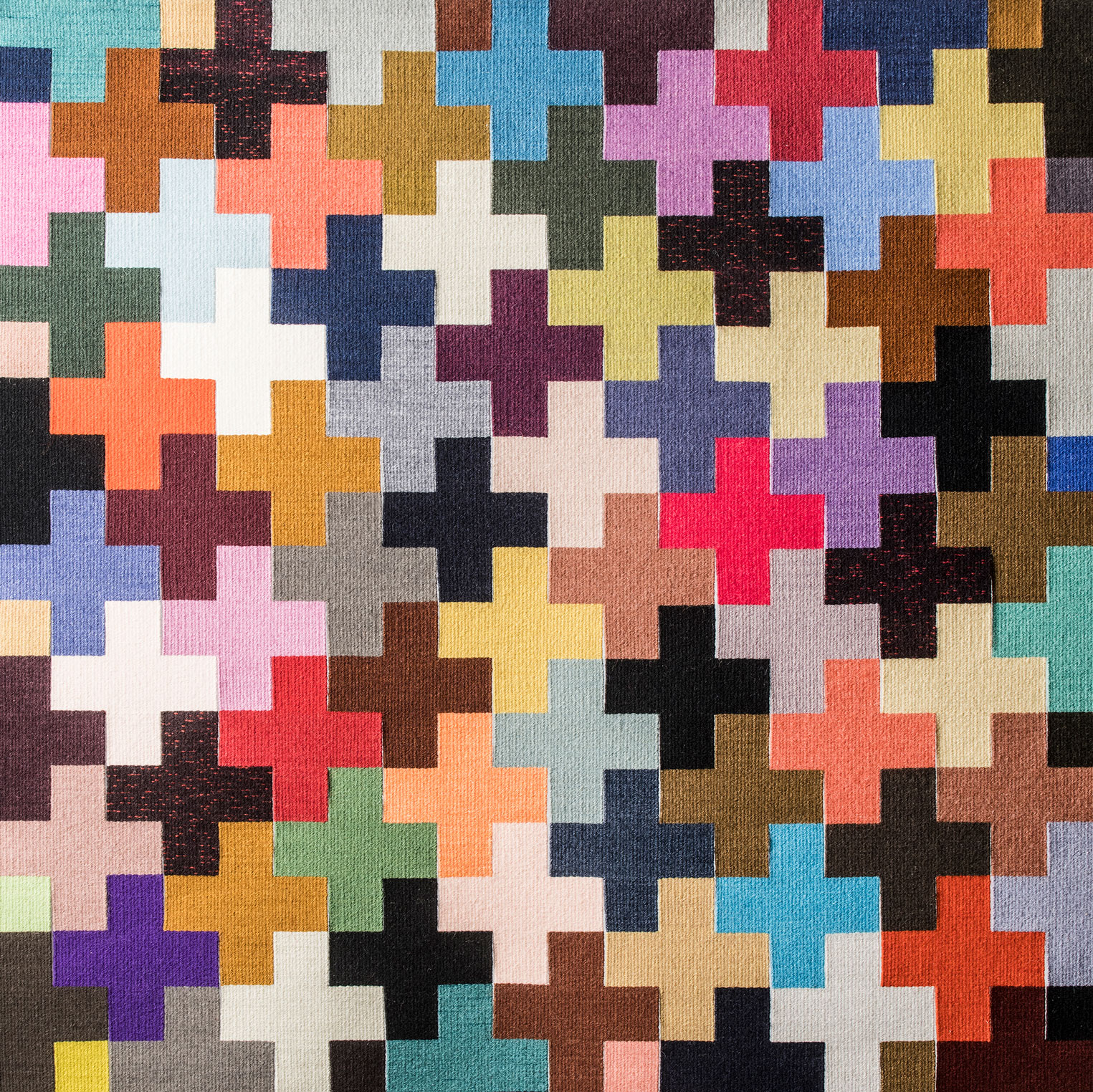 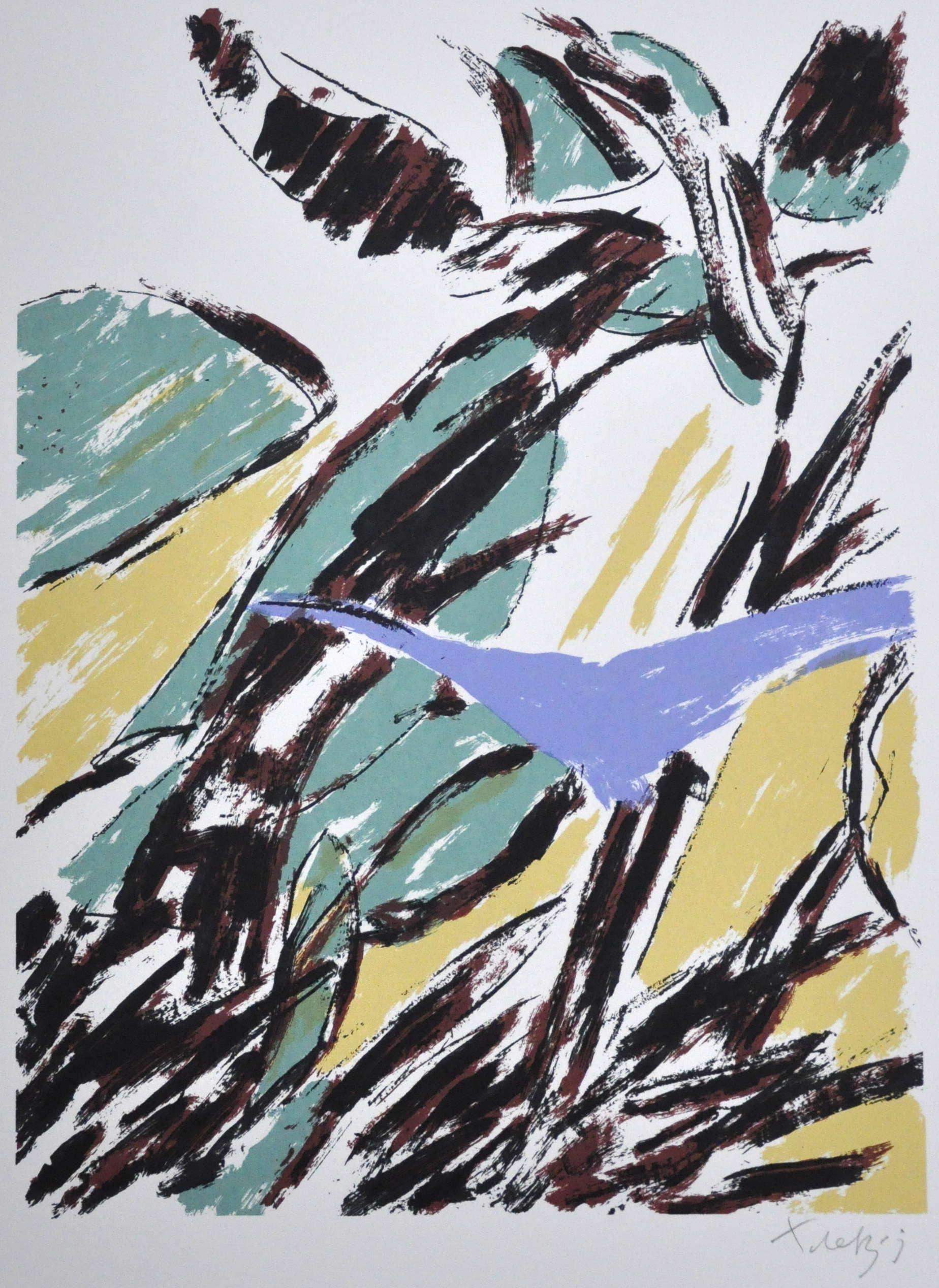 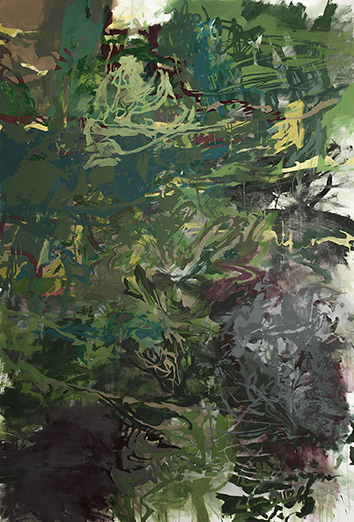 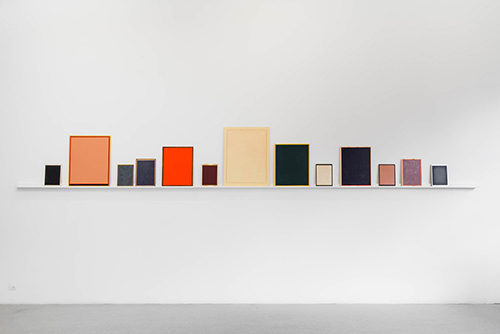 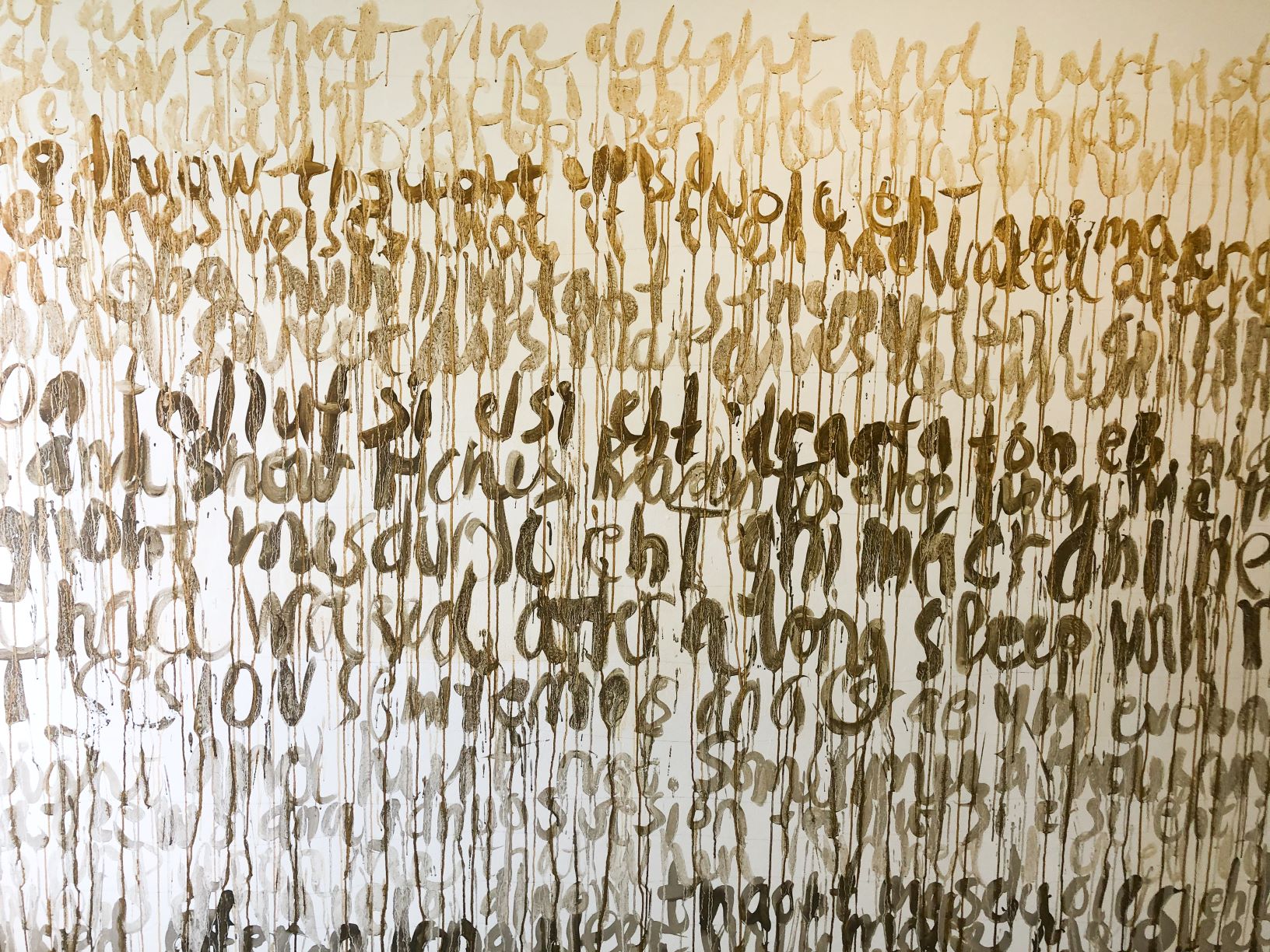 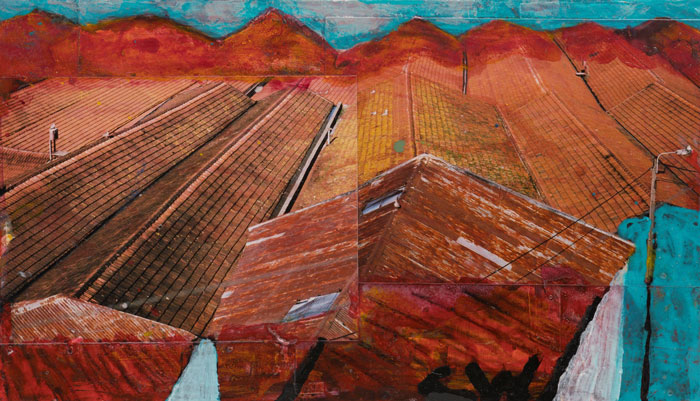 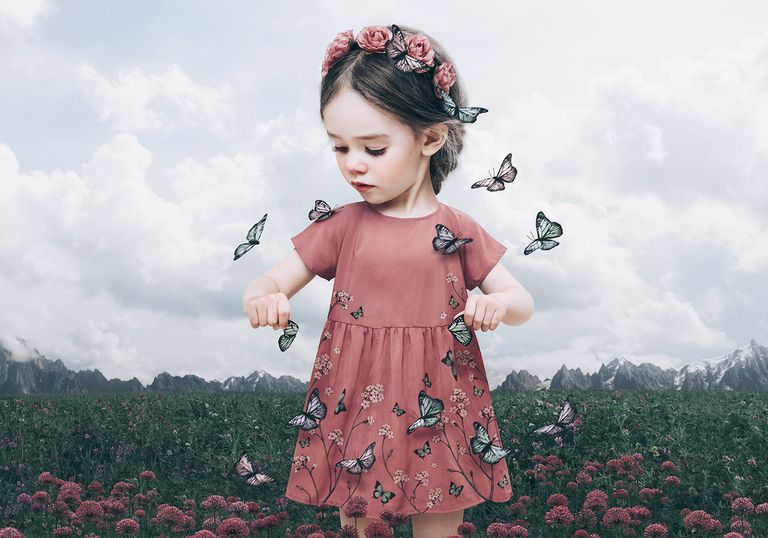 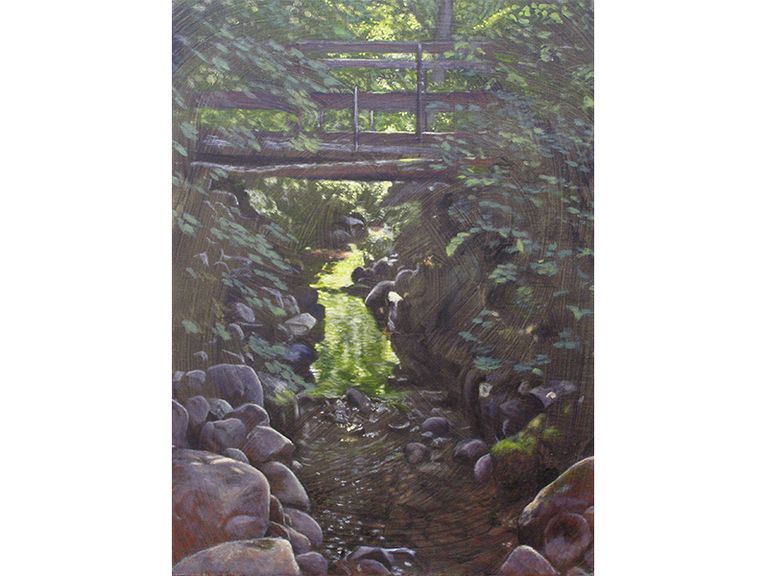 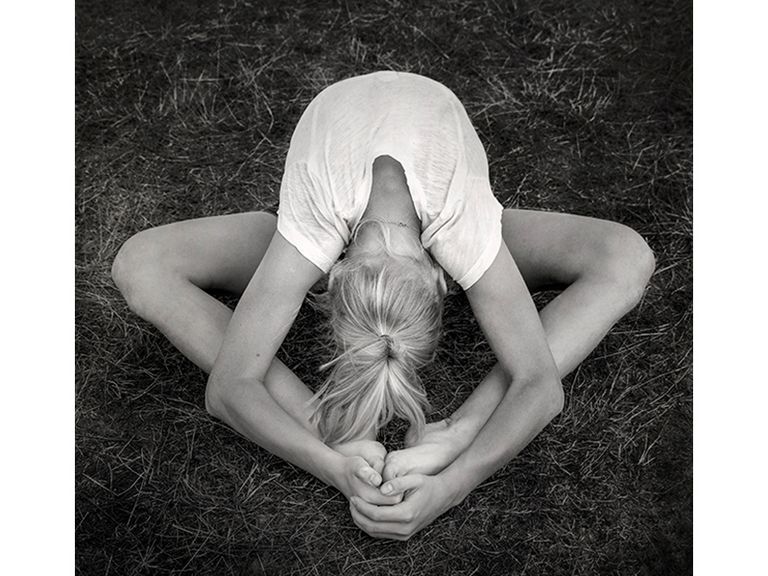 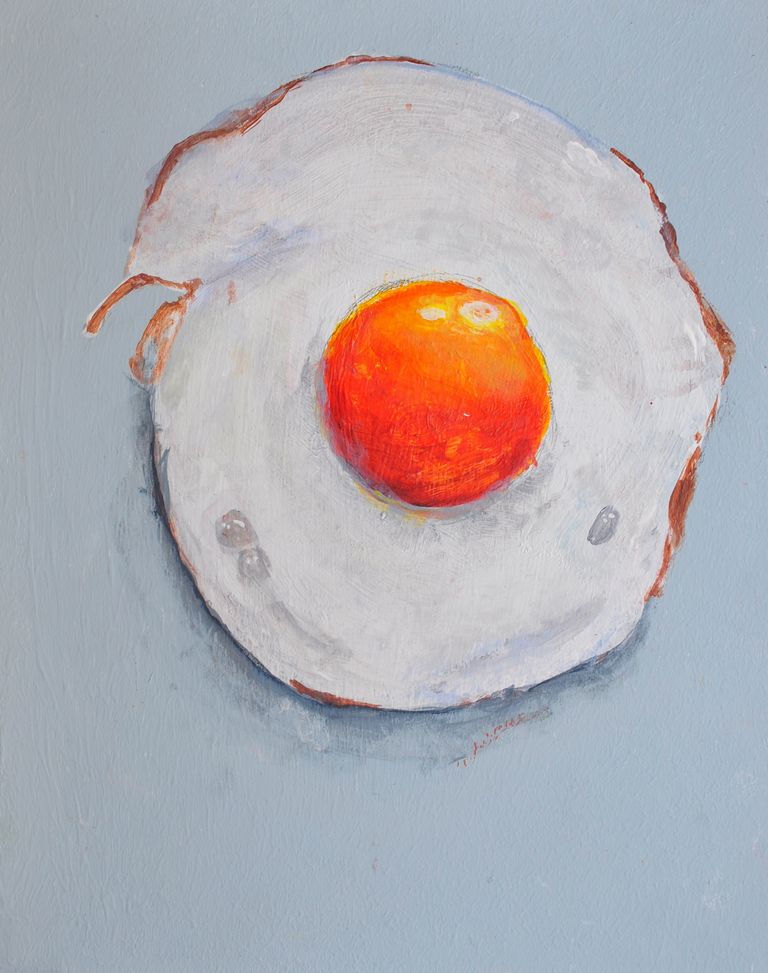 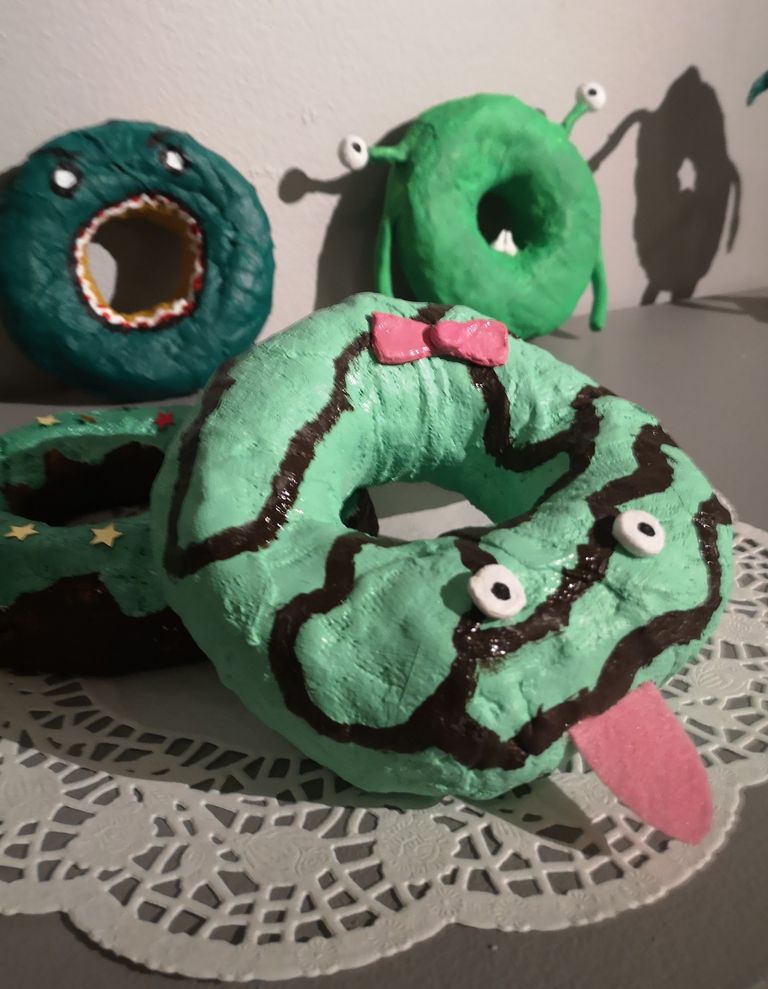 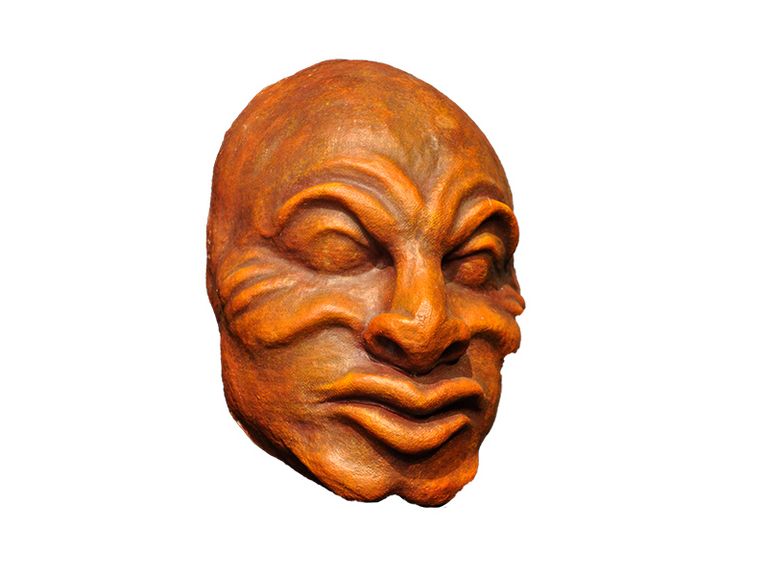 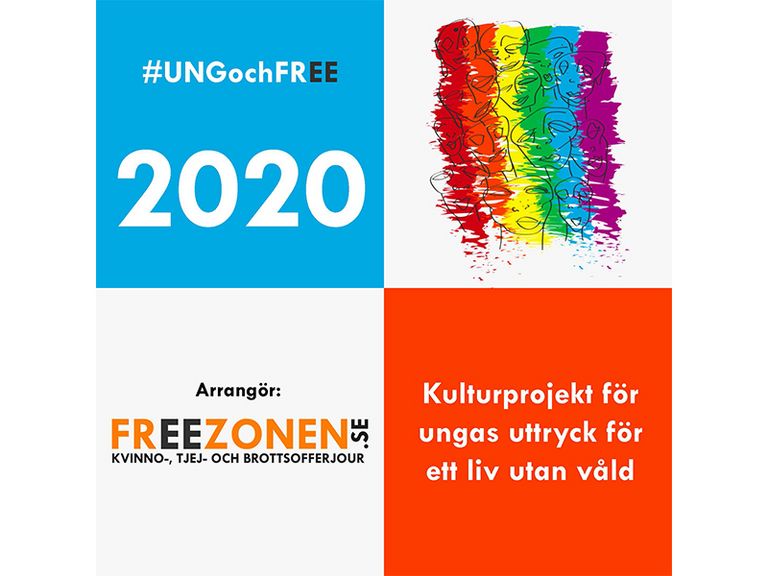 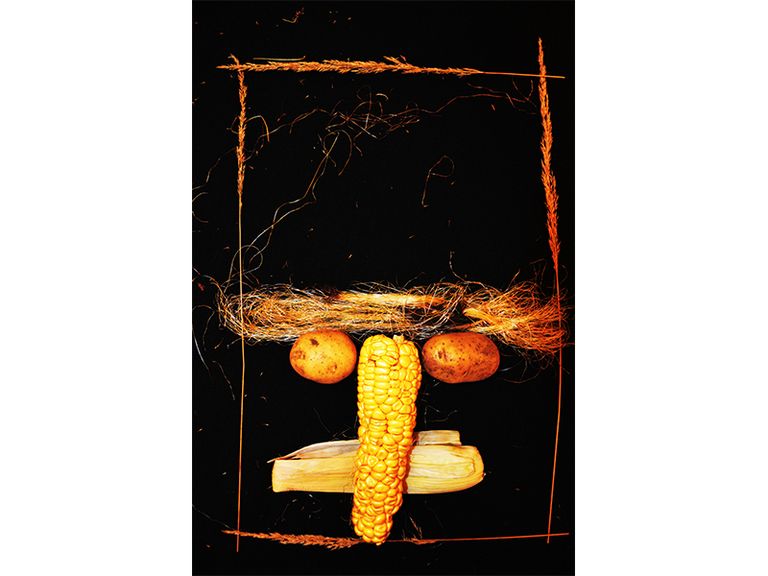 The Sten Malmquist grant for artist in residence in Tomelilla was established in 2017 thanks to the inheritance left by Sten Malmquist to Tomelilla municipality when he passed away in 2015.

Sten Malmquist was born in 1920 in Malmö, but when he was only a year or so, his family moved to Tomelilla, where his father had found work as an accountant at the yeast factory. After finishing school and working for a while as a bank clerk, Malmquist left Tomelilla to begin his more than 40 years at the Trelleborg AB rubber factory.

He ended his career in 1984 as the chief financial officer of the same company and then moved to England.

As a young man, he developed an interest in art through his friendship with Truls Andrén, whose father was a well-known benefactor of young local artists. At his death in 2015, he chose to bequeath 100,000 pounds to Tomelilla Konsthall.

Articles of association for the Sten Malmquist Grant

The grant was established in 2017 thanks to the inheritance left by Sten Malmquist to Tomelilla municipality when he passed away in 2015.

The grant is intended to create opportunities for artists to work in and draw inspiration from Tomelilla. It is an Artist in Residence grant. By offering artists the chance to work in the town, it creates opportunities for interaction between local and international art circles. Such interaction contributes to the development of the arts in south-east Skåne and enriches the art and culture life in the region.

The grant paves the way for and encourages the exchange of experiences between different professions.

The artists who are eligible for the grant work within a broad sphere of art forms, including visual arts, sculpture, textile, film, video, installation and performance. The recipient of the grant should be open to interaction with the municipal residents and to having young people participate in their art projects. Workshops, lectures and public participation are all activities that the recipient of the grant should be able to offer during their residency.

The grant can only be applied for by artists who meet the set criteria.

§1 The grant will be awarded every other year, starting in 2019.

§2 The grant can only be awarded to the same artist or group of artists once.

§3 The grant consists of a fixed amount and is managed by the Culture and Leisure Committee. The grant amount is determined in conjunction with the selection process.

§5 Production costs are compensated as per agreement.

§6 The grant is awarded by the Culture and Leisure Committee on the basis of nominations from Head of Operations, Head of Unit and the curator of Tomelilla Konsthall.

§7 The grant is paid out by the Culture and Leisure Committee in conjunction with the artist’s residency in Tomelilla.

The following is included in the Grant Fund:

Grant for artist in residence during 4-6 weeks.

Travel: Return journey in economy to the location of the residency on one occasion.

Accommodation: B&B standard, single room (non-smoking), (it is not possible to bring your partner, children or pets).

Production costs: As per agreement.

The grant is open to artists active on the professional art scene and is intended to be used for artistic work relating to the geographical location.

Eligible to apply are artists of a nationality other than Swedish whose activities are primarily conducted outside of Sweden.

Eligible artists shall work within one of the following disciplines: visual arts, sculpture, textile, film, video, installation or performance.

The artist shall be open to interaction with the municipality’s inhabitants and the local art scene. Workshops, lectures and public participation are all activities that the recipient of the grant should be able to offer during their residency.

The grant can only be awarded to the same artist or group of artists once.

• To work based on the location of Tomelilla and south-east Skåne.

• The artist shall live and work in the location throughout the residency.

• Visa - the artist must have a valid visa during the residency.

• Interacting with the citizens during the residency.

• Presenting the artistic work in public.

• The artist may not undertake any other assignment during the residency without prior agreement with the institution.

• We would be pleased if the contact between the artist and the institution was to continue after the end of the residency.

Period of residency: Spring or autumn 2021.

The application shall contain:

• A project description of the project that you intend to work with during your residency.

Selection by Head of Operations, Head of Unit and curator. The decision is made by the Culture and Leisure Committee in Tomelilla municipality.

Organisation: The grant is managed by Tomelilla Konsthall.

All applications are processed confidentially.

Sten Malmquist was born in 1920 and died in 2015. He was born in Malmö but subsequently moved to Tomelilla when he was just a year old. His father (Olof Malmquist) was employed as an accountant at the Tomelilla yeast factory. The family lived in the second house on the right on Adelsbergsvägen, in one of the “wise-men-houses”, which were houses built specifically for the officials working at the yeast factory. Sten’s family consisted of his father Olof Gustaf Fritjof Karl Malmqvist, his mother Gertrud Viktoria Charlotta, neé Åkesson, and his sister Ulla Viktoria Gertrud (later Omander). His father was a skilled rower in Malmö rowing club and was part of the team that won the Nordic Championships and the Langebro Cup in 1915.

Malmqvist grew up and finished school in Tomelilla. One of his friends during childhood and his school years was Truls Andrén, whose father Yngve Andrén was a local ironmonger but also known as the patron of many young artist. The Andrén home is where Malmqvist first developed an interest in art. Malmqvist’s first employment was as a bank clerk in Tomelilla. In 1943 he moved to Trelleborg for a job at Trelleborgs Gummifabrik AB. He advanced within the company group, and his work brought him to live in places like Stockholm and then Basel. Before leaving Sweden, he met his future wife Gladys (Pat). His finished his career in 1984 as the company’s chief financial officer in the London office.

When the Malmqvists had moved to England, which was Gladys’ homeland, and settled in London, the couple bought a small summer home in Sandbanks on the south coast of England. Sandbanks later became their permanent home, and this is where Malmqvist spent the remainder of his life. His wife died due to illness (cancer) in 1999.

Towards the end of his life, Malmqvist devoted a lot of time to his favourite hobby, amateur radio. He was a member of the Poole Radio Society, where he got to put his excellent knowledge of Morse code communication to use. Before he had a permanent radio antenna mounted on his house, he could often be spotted along the coast, sitting in his Renault with an antenna on the roof. The best reception was always found by the sea, and for this reason the amateur radio society would also meet at the illustrious Haven hotel, which is located right on the coast. Using the Morse alphabet, Malmqvist could talk to people all over the world, which allowed him to make friends and develop his skills.

Malmqvist was also a devoted yachtsman and often made excursions around the islands off Sandbanks, which were close enough for day trips in his little sailboat.

Malmqvist had a great interest in literature, arts and classical music. He was not a collector, but enjoyed visiting art exhibitions, etc. The composer closest to his heart was the Italian Mantovani and his favourite piece was Charmaine from 1958.

Sten and Pat Malmqvist had no children and thus no biological heirs. Even though Malmqvist had not lived in Sweden in decades, he followed the development in Sweden and in Tomelilla. An anecdote told by his closest friends Gerry and Pauline Smith is how Malmqvist once shook hands with HM King Carl XVI Gustaf in England during a state visit by the latter.

His friends describe him as a man of great integrity and resolve. A man with a lot of character who was often seen out and about in the community for example on his daily walk through Sandbanks and in social contexts like the amateur radio society and the local sports club.

Sten Malmqvist passed away quietly, surrounded by his friends and listening to his favourite piece Charmaine.

Recorded by Kristin Svensson, Head of the Culture and Libraries Unit, and Désirée Lennklo, Curator at Tomelilla Konsthall. 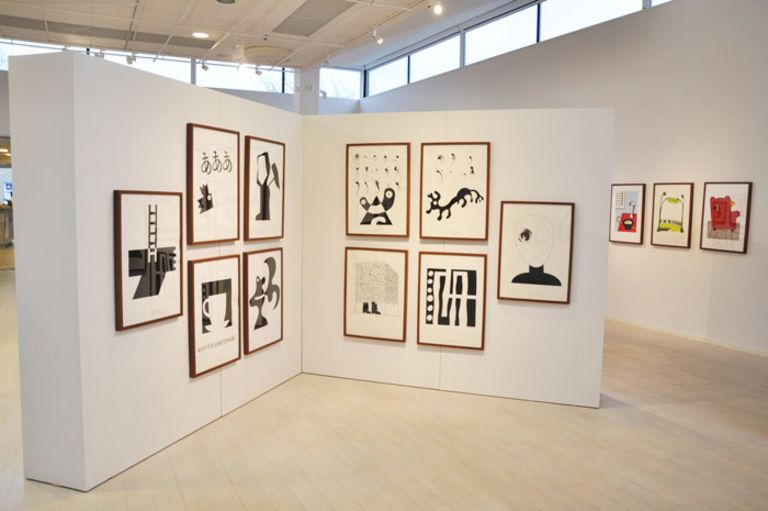 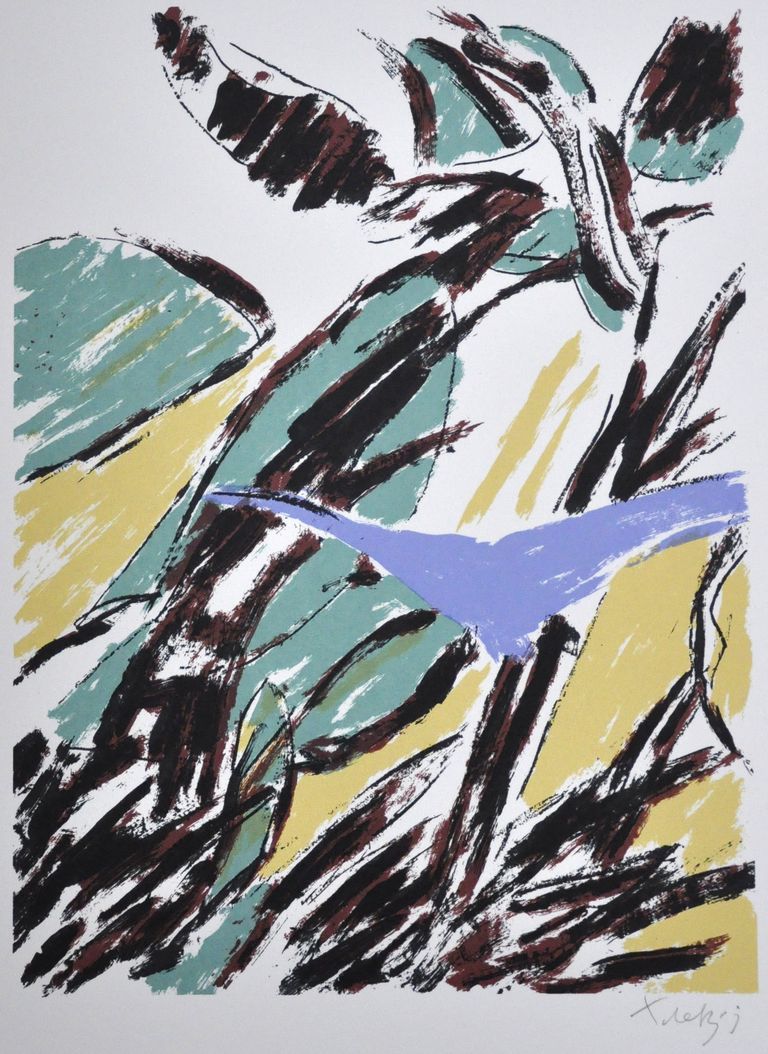 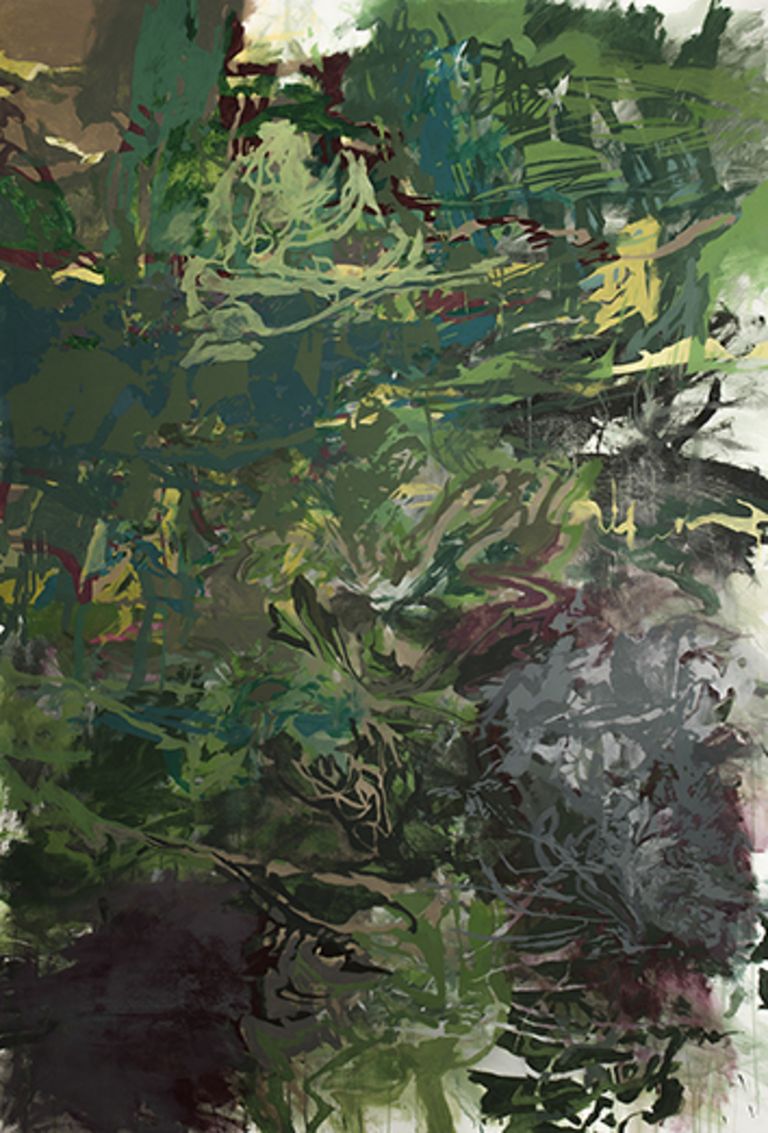 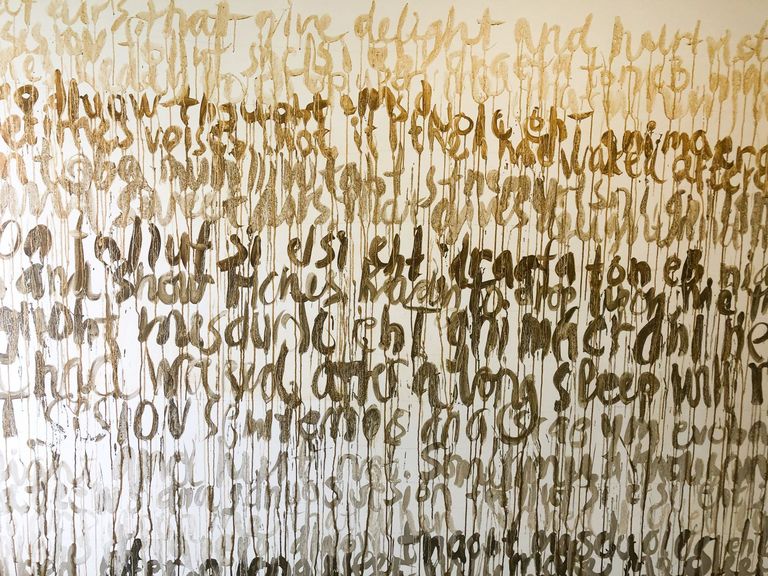 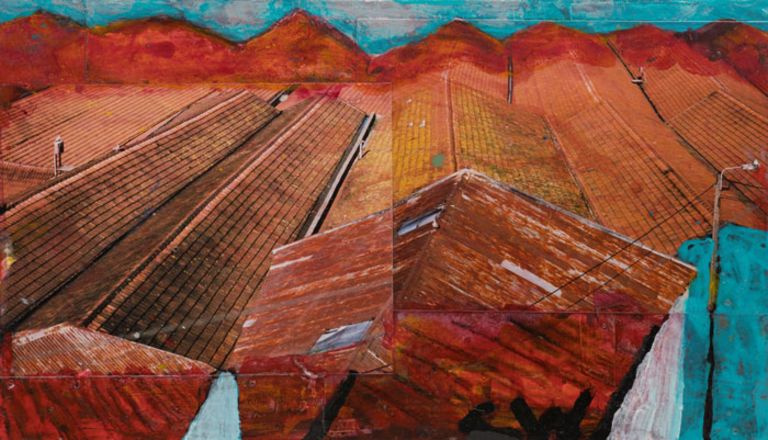 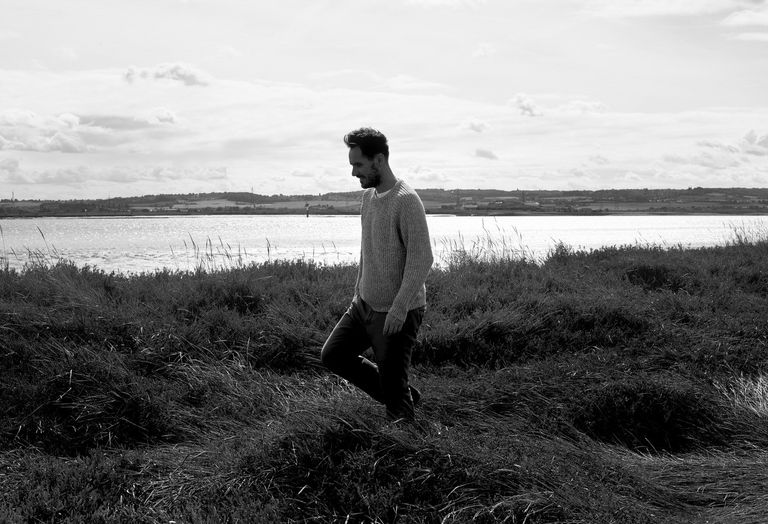